VOLUNTEERS, SPONSORS, recognised AT AGM FOR THE “TRUE BELIEVERS”

Ten volunteers and several key sponsors who supported CMRT in its first year were recognised at the association’s inaugural AGM in Newstead this week. More than 30 members representing about one quarter of CMRT’s member base attended the Newstead event. 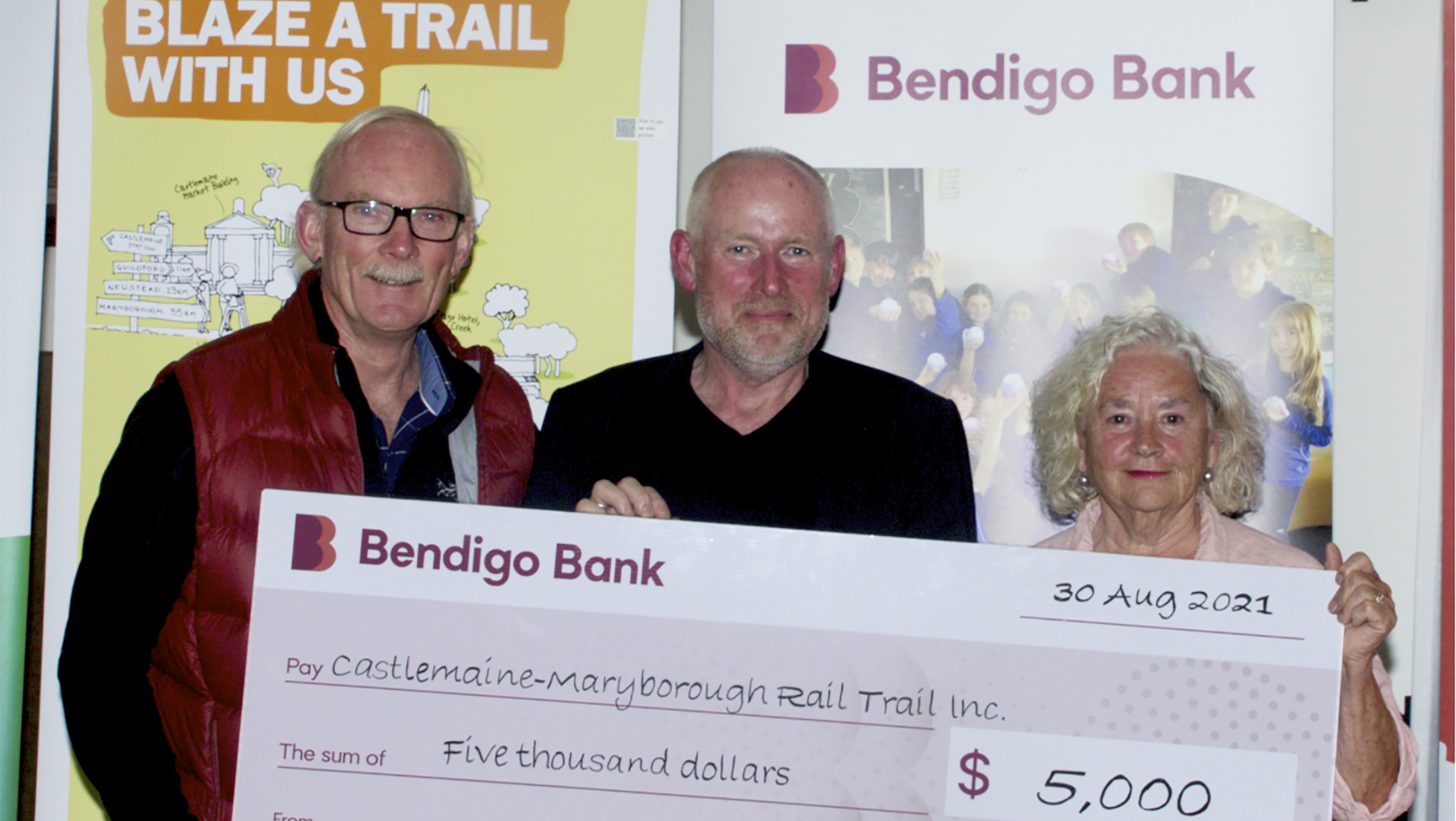 Outgoing President John Carruthers acknowledged the audience of CMRT members as the “true believers”. “We are on the cusp of the sweetest victory of all,” John said. John cited the Committee’s significant recent momentum in working to raise funds for a trail feasibility study through a collaboration with the shires of Central Goldfields and Mt Alexander with the encouragement of Regional Development Victoria. . The study is a key enabling milestone for investment in the trail.

“We don’t have a trail just yet. But the genuine prospect of it is right there before us – if we are willing to seize the opportunity.’

John said CMRT’s groundwork since late 2020 in getting its Committee and volunteers “organised for impact”, coupled with some visibly successful projects and campaigns in the past few months had set up the association for success in 2022.

But he cautioned that CMRT’s ongoing success would be determined by the willingness of more members to step forward as volunteers in key roles. “The defining chapter of our social movement in 2021-22 will be written by those who choose to step forward,” John said.

John’s President’s address and the association’s annual statement are available for download.

Incoming President, and former Bicycle Victoria head, Janice Simpson, struck a note of optimism. “It’s great to be in a room full of community activists who want to achieve progress in their communities for themselves and others,” Janice said.

“I’m really looking forward to heading up our new team of committee members, and ensuring our excellent volunteers are able and willing to throw their ideas and views into the mix.”

A preview of footage from CMRT’s forthcoming documentary film was shown to close the Newstead meeting. Film maker, Peter Watts, an experienced news photographer, was thanked for his mix of paid and pro bono work on the documentary – alongside producers John Carruthers, Sandy Harman and Janice Simpson. The film is planned for release in Autumn.

Those volunteers are among more than 25 who have nominated to help CMRT in different roles, including outdoor events, in the past 12 months.

Also thanked were Maldon District Community Bank for its $5000 grant to underwrite CMRT’s documentary film and the Mt Alexander Shire Council for its $2000 volunteer development grant. Neil and Heather Barrett were also acknowledged for giving CMRT a home at Castlemaine’s The Hub.

Two key resolutions passed at the AGM were to raise the annual membership fee to $15 and to expand the Committee to nine members.

Also acknowledged at the AGM was former Secretary Lou Citroen for catalysing CMRT in February 2020 with a call to arms in the Midland Express.

The AGM was the association’s third major appearance in the vibrant community of almost 2200 in the past six months. Newstead lies almost halfway along the proposed 55km Castlemaine – Maryborough trail. The trail route passes directly outside the Newstead Arts Hub which has occupied the historic and now renovated Newstead railway station since 2015. 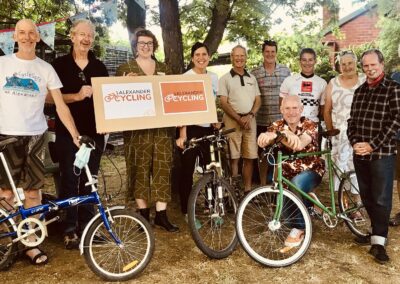