This is part one of a presentation delivered by CMRT researcher David Tuck with Lee Fenton in Maryborough for CMRT’s gig at the recent Words in Winter literary festival. David’s talk caught the Zeitgeist and won the crowd. Here, David kicks off by describing coach travel along our trail’s path before the arrival of trains. 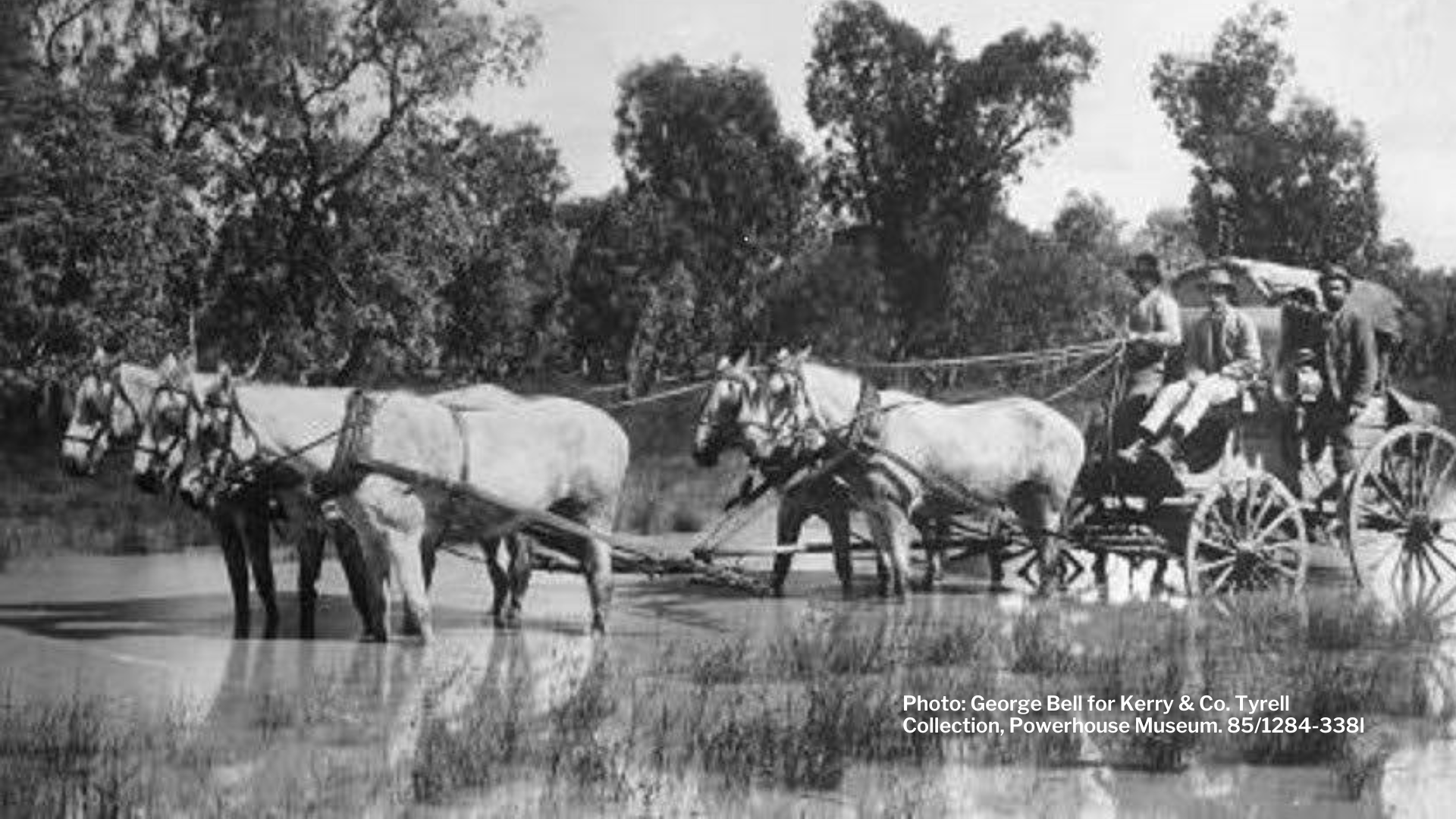 Let’s try to imagine what travel in Victoria was like before the arrival of trains. Obviously, you needed lots of time (with extra in case things went wrong), and you needed to be able to afford the ticket.

If all went well, a four-horse coach trip from Melbourne to Castlemaine in 1854 took 13-14 hours and cost a staggering £5, or £7/10/- if you wanted to go through to Maryborough on the coach leaving at 6 am the following morning. Wages at the time were between £1 and £2 per week.

Travel conditions were arduous. Cobb and Co was a major provider of horse drawn coach services in Australia, designing and building their own coaches, such as the one shown here, owned by the Powerhouse Museum in Sydney.

Margaret Simpson, a curator at the Museum, writes that a major contributor to the commercial success of Cobb and Co was their use of a system of leather straps for suspension, called thoroughbraces – ideal for our rough roads and tracks. She points out, however, that this suspension system tended to produce a swaying motion for the coach which made some passengers feel ill, a coach sickness not unlike sea sickness. She went on:

...coach travel was far from romantic. The discomfort of riding inside a dark coach all night saw considerable demand for the box seat next to the driver, and passengers offered money for this privilege. Some passengers preferred to sit outside in a thunderstorm, exposed to the elements, rather than being jolted inside the coach, hitting their heads on the roof. Pity the poor female passengers then who always had to travel inside.

Not all coaches were created equal. Betty Osborn and Trenear DuBourg in their history of Maryborough, quote one traveller in 1867 on the Castlemaine-Maryborough route, travelling “in a coach innocent of springs”:

Away we went at last, at a good pace, over a tolerably good road. Soon, however, we began to jolt and pitch about, the carriage rolling and rocking from side to side. There was only one passenger besides myself, a solitary female, who sat opposite me. I held on tight to the woodwork of the coach, but notwithstanding all my efforts, I got pitched into the lady’s lap more than once. She seemed to take it all very coolly, however, as if it were a mere matter of course.”

Daryl McLeish in his history of Carisbrook refers to the “boggy and treacherous crab holes” of the Moolort Plains. I was surprised to learn that people not uncommonly travelled at night: “…speedy Cobb & Co coaches charging through the bush with their twelve lights blazing at the trail ahead to seek out those ruts, trees, stumps and whatever”. McLeish added that if the creek was up outside Carisbrook, the lack of a bridge could mean a three-day wait at the Tullaroop Hotel.

Central Victoria was the scene of frenetic gold rushes throughout the 1850s and 1860s and beyond. Many adventurers walked to the diggings; some managed to make use of coach travel. This eye-catching photo of Chinese men on a coach to the goldfields was taken around 1900, when train services were already well developed.

The first railway lines in Victoria beyond Melbourne and Geelong went to Ballarat and Bendigo in the early 1860s to service the mining populations. In the next installment, David will outline the expansion of the Victorian rail network after that, and the economies that needed to be made to be able to extend the service towards Maryborough. 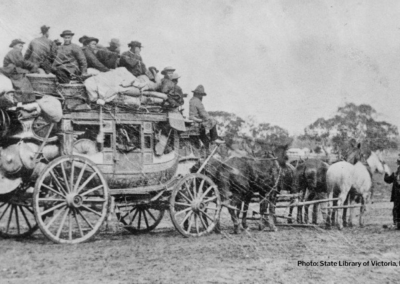 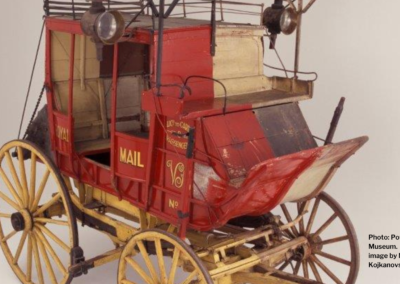