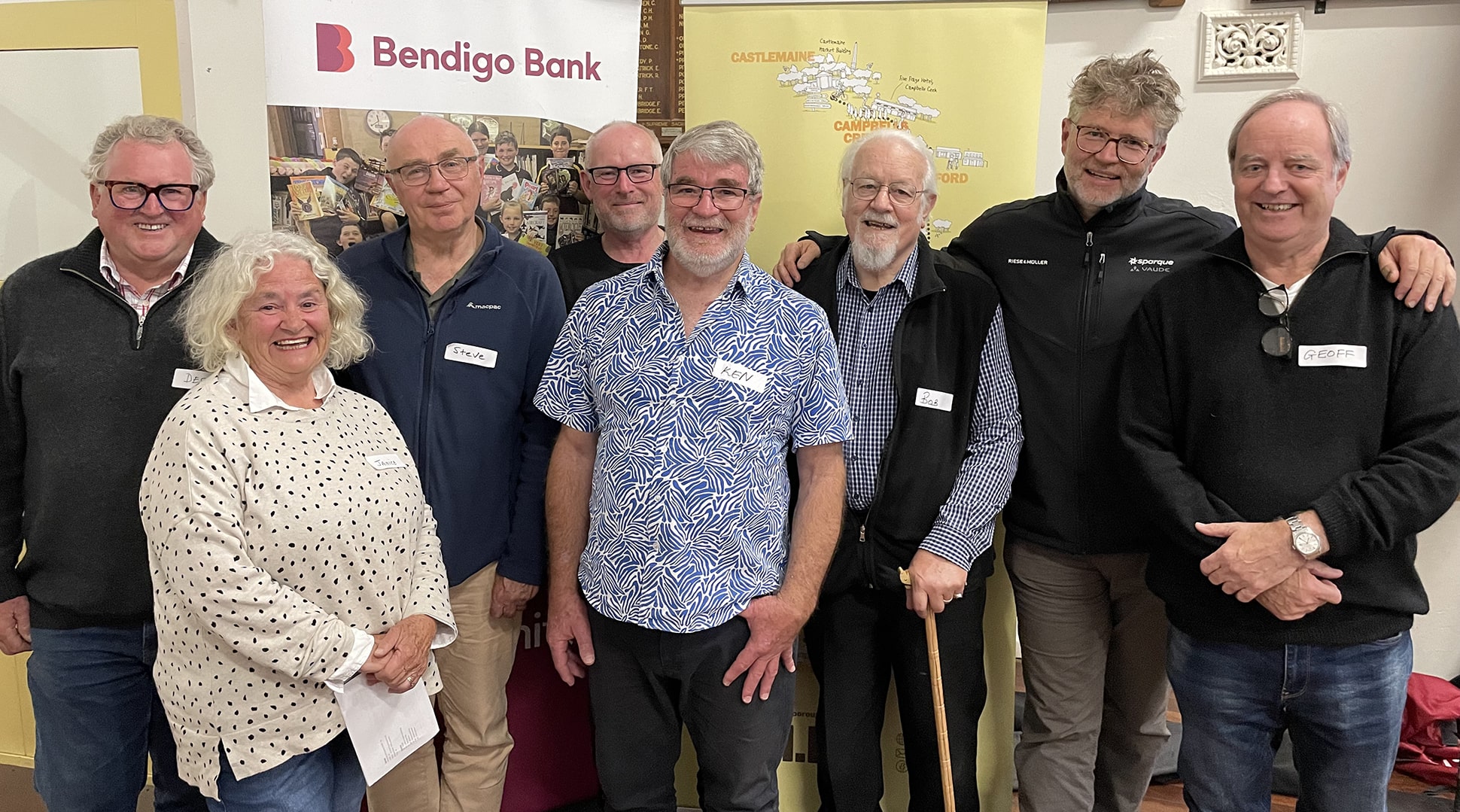 The event at the Newstead Community Centre was a mix of fun and formalities. Guitarists and vocalists, Tony Macer and Greg James, burnished their reputation as the trail’s entertainers and had the crowd involved with song.

A photo gallery of people and places showcasing CMRT’s advocacy for the trail during 2022 curated by Ken Stewart and John Carruthers formed an engaging backdrop.

“Shortly before the end of the financial year many of us gathered on the banks of Cairn Curran to witness Bendigo West MLA Maree Edwards officially announce our successful funding bid for the feasibility study for a world-class recreational trail on the disused rail corridor Castlemaine – Maryborough,” Janice told the meeting.

“Maree’s announcement signalled the end of a year spent dreaming, planning, thinking, talking, networking, considering and putting our noses to the grindstone.”

“We had help from many quarters including our local MLAs on both sides of the House, our friends in Regional Development Victoria, Rail Trails Australia, our two local Shires, other groups planning, developing and managing rail trails around Victoria, and our fabulous community of members, donors and volunteers,” Janice said.

Janice reserved special praise for more than 20 volunteers who contributed to CMRT’s Committee and work teams during the year.

Janice said the 2022-23 year would demand that CMRT prosecute the feasibility study, and begin preparations for the the next stages of the trail that would lead to its construction.

CMRT’s Treasurer Des Boucher reported that the organisation completed the 2021-22 year with strong cash flow and solid balances, including raising more than $21,000 in donations. 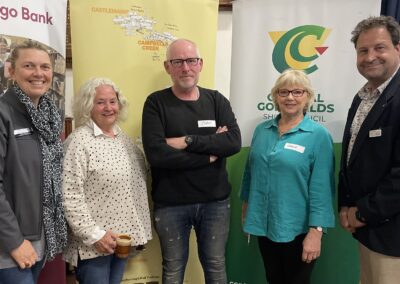