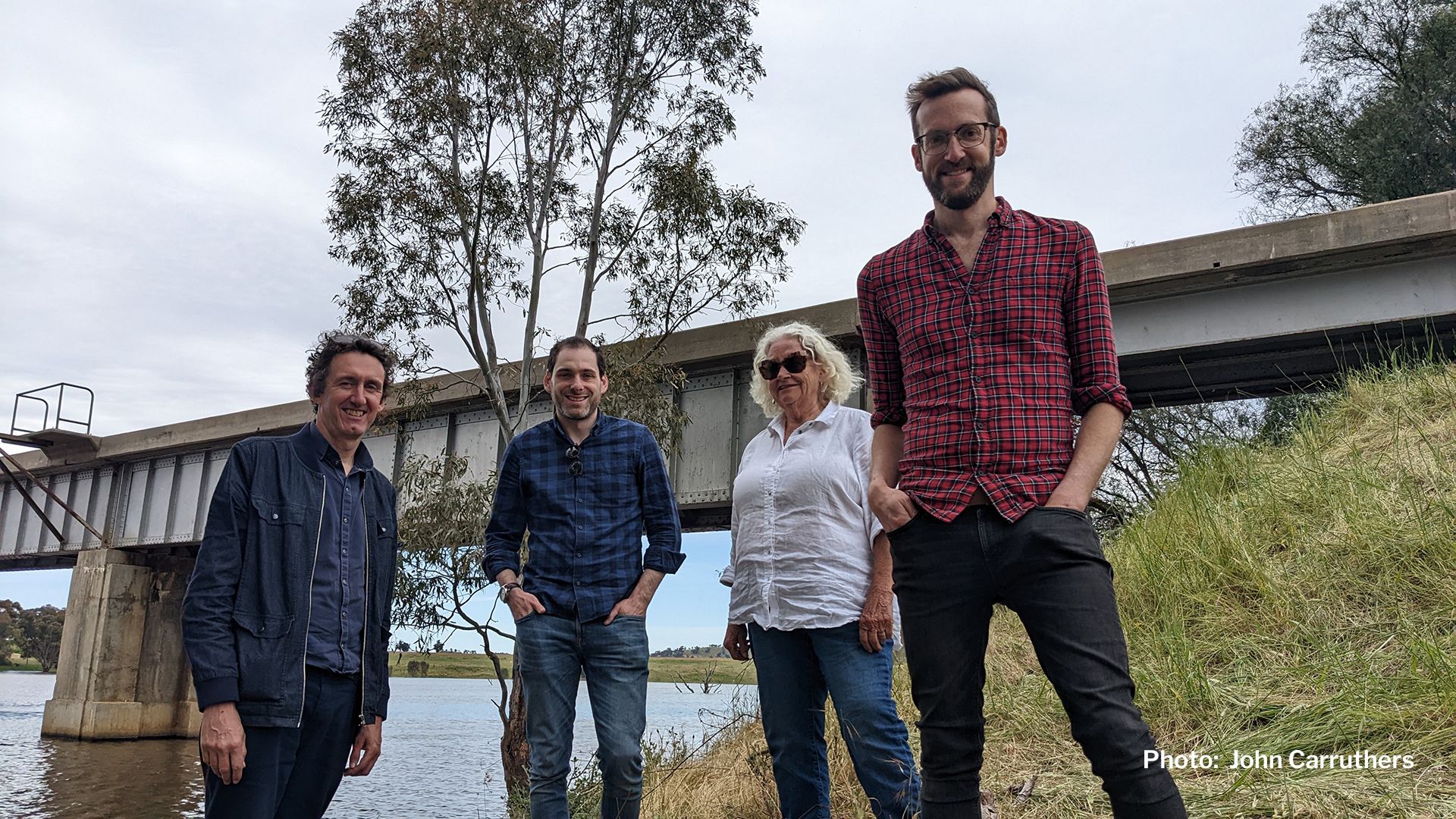 Senior consultants from urban designers FFLA and tourism economists Urban Enterprise got their first tour of the 55km trail on 25 November, and on Friday received an extended briefing from CMRT and the two sponsoring councils. Contracted project managers RMCG facilitated the work.

CMRT’s John Carruthers caught up with FFLA Director Tim Fitzgerald – a veteran of several other trail studies – about the work and challenges ahead.

What are your first impressions of the trail route?

There are some great building blocks for a trail experience. Castlemaine has a well deserved reputation as a cultural hub. I’ve been to Maryborough Railway Station before, but I’d forgotten just how impressive it is. And there are regularly-spaced towns with a lot of character in between. It was also good to have some of the less obvious gems pointed out., like the natural and indigenous cultural values of the Moolort Plains.

Any highlights from your first 55km traverse of the trail?

It was great to get to meet the people behind some of the tourism hot spots. We want to better understand how the trail and their businesses can interact. I’ve got to say too there was stiff competition for tree of the day! The old walnut tree at Carisbrook Station, the big River Red Gum at Guildford, a laden fig tree The Mill in Castlemaine, and some really lovely smoke bushes in the Newstead Arts Hub garden.

What are the key things that an urban designer like you is looking for?

Trail alignment is the key thing we’re looking at. For most of the proposed route we’ll be within the old rail corridor. That makes things easy. The tricky bits are where the trail needs to deviate out of the rail corridor, like in the two major towns, where we’ll be looking to create alignments that are safe, legible and add to the experience.

How do you think this trail will compare to others you’ve been involved in?

I think the building blocks are there for a great trail experience from Castlemaine to Maryborough. That includes the physical conditions and the wealth of natural and cultural stories to be told along its path. Having regular train services at each end of the trail is also pretty unique and will be really attractive to some users.

What’s really important to you over the next couple of months of the study?

We’ll be looking to gather as much information as we can, from all the key stakeholders – including cyclists, walkers, small business, the rail authority, nearby landholders, ecologists, Dja Dja Wurrung – and from site investigations. We want to build a really strong foundation.

What do you hope to glean from talking to people along the trail?

There is a really wide variety of stakeholders we’ll be talking to. In some cases it’s about understanding the context and opportunities for the trail. For others it will be more about negotiating potential barriers to getting the trail built. One thing I learned from one of the stakeholders we’ve already spoken to was about the rich indigenous history of the Moolort Plains. That was exciting; we need to hear more.

The consultants will undertake a six-month study on the merits and logistics and of the trail through mid-2023.

The study will focus on the economic costs and benefits of the trail, and the regulatory, planning and construction practicalities of its route and staged build.
FFLA and Urban Enterprise will be joined later in the study by AME Consulting Engineers and quantity surveyors Newton Kerr + Partners.

The feasibility study aims to test the proposal that a world class trail can be established between Castlemaine and Maryborough along the disused rail corridor, contributing up to $8 million in annual economic uplift to the two shires.

The funding for this study was underpinned by $18,000 donated by CMRT supporters and $12,000 contributed by the two councils. The Victorian Government contributed $120,000 through an enabling tourism grant. 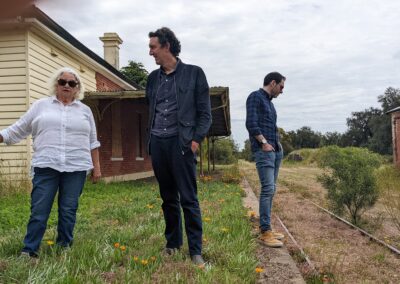 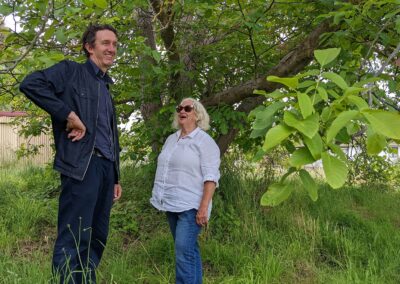 Tim, Janice and that almond tree at Carisbrook 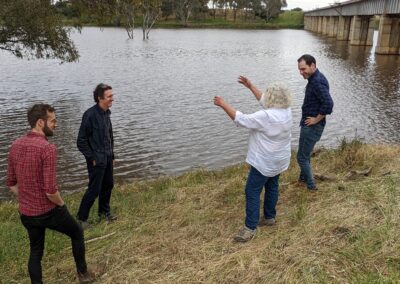 Janice rejoices that CMRT does walk on water