Goo-Goor-Gaga the Kookaburra laughs along our trail

We love the Kookaburra. You’ll find her laugh in most of what we do. We encourage her energy, fun and stories of all kinds here. Among those, are stories about nature and by First Peoples which are often found together.

Thanks to Janice Simpson for reading this Dreamtime story by Michael J. Connolly aloud, and to photographer Naidu Kumpatla for celebrating her hunting prowess. Long may Goo-Goor-Gaga laugh along our trail. 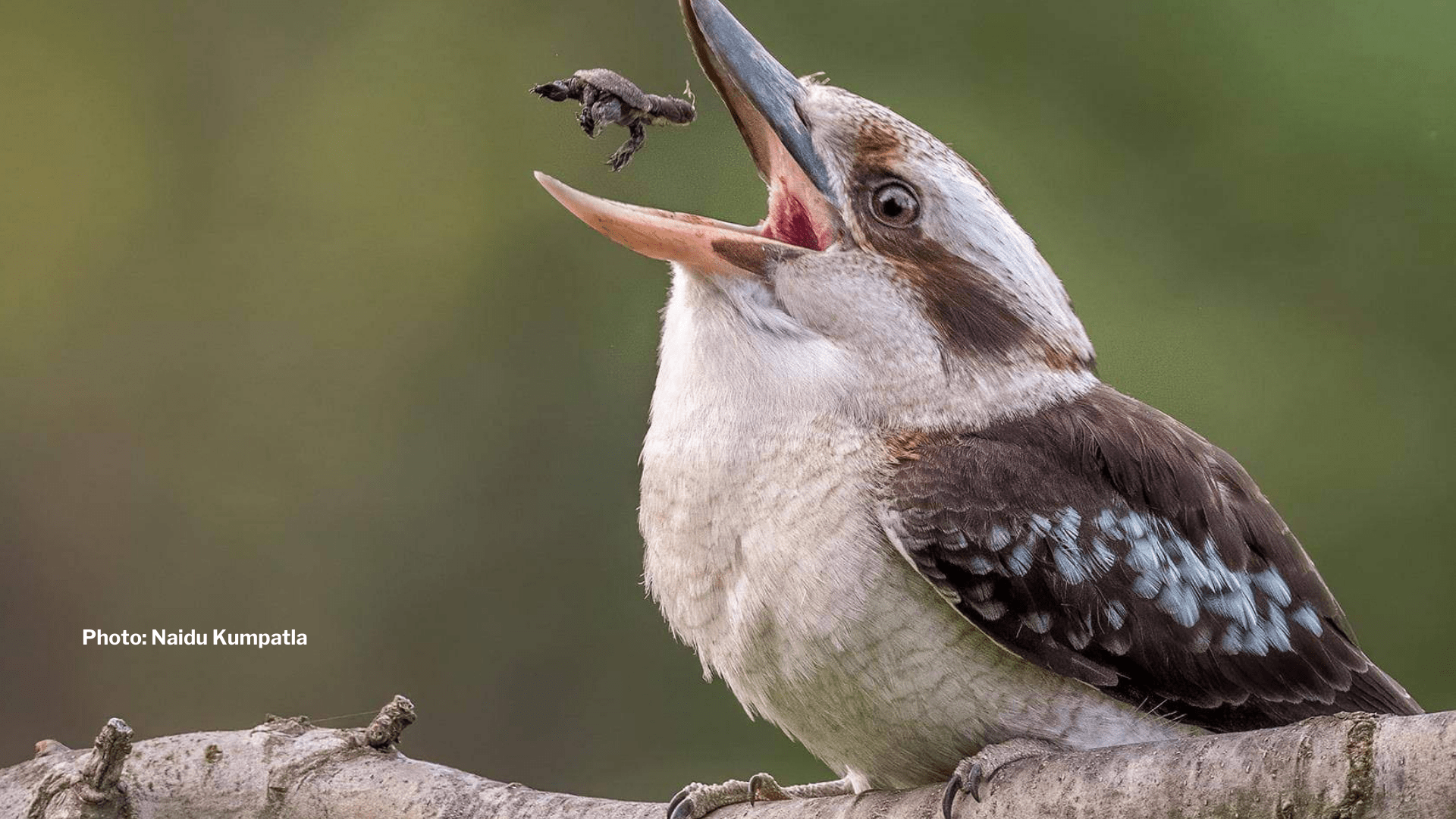 Long ago in the Dreamtime, when the animals were first on the earth which were very much bigger than they are today, there was a time when there was no sun, only a moon and stars.

One day, Dinewan the emu and Brolga the beautiful dancing bird, were out on a large plain arguing and fighting. Brolga got so angry that she ran over to Dinewan’s nest and grabbed one of her large eggs, which she threw up into the sky with all her might.

It landed on a heap of firewood breaking, spilling the yellow yolk, which burst into flames. This lit up the whole world below to the astonishment of all the creatures as they had only been used to the semi-darkness and were dazzled by such brightness.

A good spirit who lived in the sky saw how beautiful the earth looked when it was lit up by this blaze. He thought it would be a good thing to make a fire every day; which he has done ever since.

All night the good spirit and his helpers collect wood and stack it up. When the stack is nearly big enough, the good spirit sends out the morning star to let them know on earth that the fire will soon be lit.

However, the spirits found that sending out the morning star was not enough because those who slept did not see it. The spirits decided they must have a noise made at the dawn of each new day to announce the arrival of the sun, which would wake the sleepers – but what noise.

Then one day the spirits heard the laughter of Goo-goor-gaga, the kookaburra ringing through the air. This was the noise the spirits were looking for. They asked Goo-goor-gaga that as the morning star faded and the day dawned, every morning would he laugh his loudest to awaken all the sleepers before sunrise. Goo-goor-gaga agreed and has done so ever since – making the air ring with (her) early morning laughter.