One small step closer to a trail with the council Tango!

It’s been a big couple of months, Trail Blazers! Mt Alexander Shire has promised $6K to fund a pre-study for our trail this financial year. We reckon Central Goldfields will be quick to match it. It takes two to Tango! 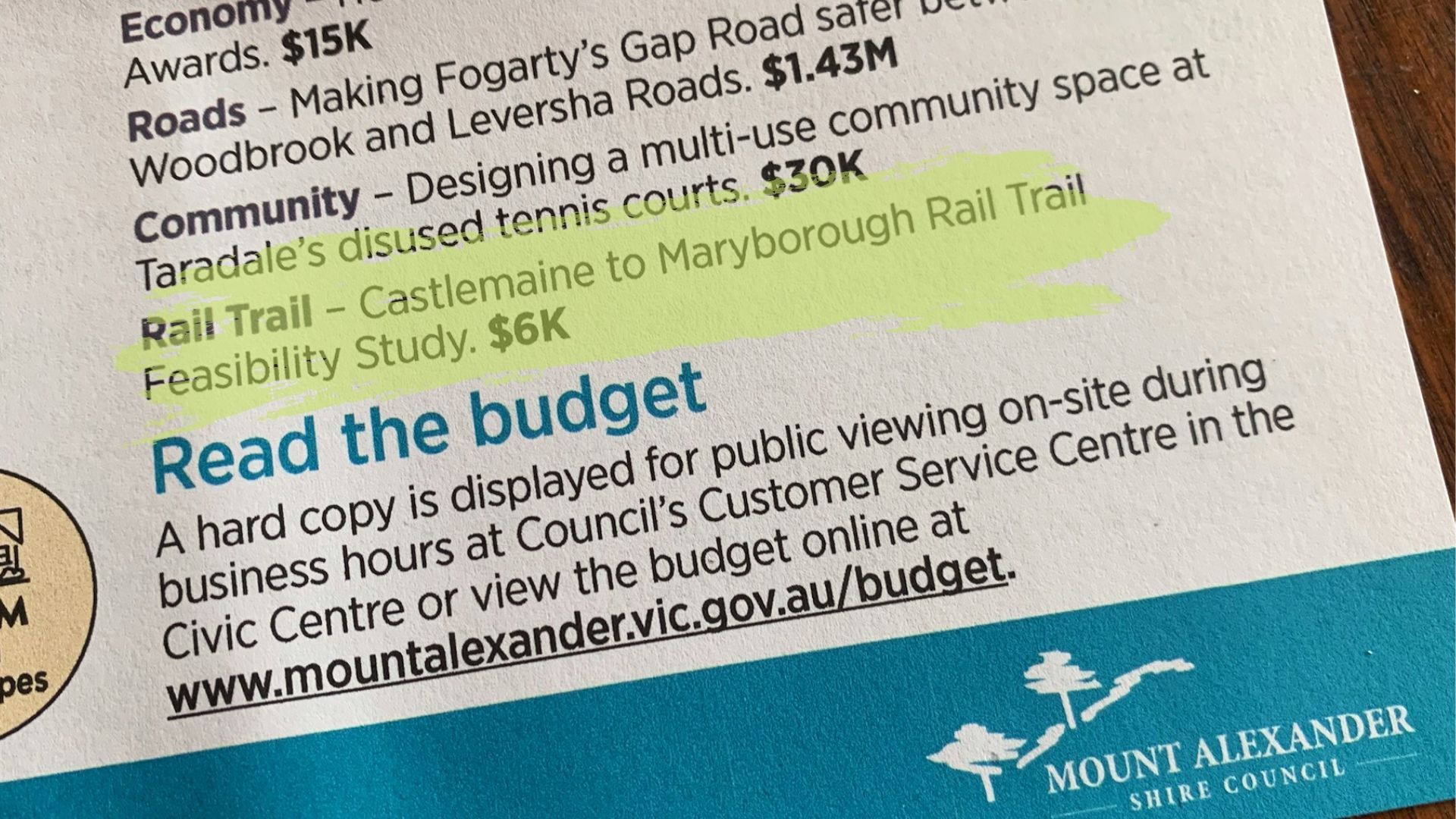 “We’re very confident Central Goldfields will be coming to the party too,” CMRT Secretary-elect and Maryborough resident Janice Simpson says. “The Shire understands how important the trail’s tourism and social benefits will be.”

The trail certainly took one small but important step closer with a decision in June by Mt Alexander Shire Council to fund the small scoping study.

The study is expected to look at some preliminary questions about the engineering, tourism economics and social benefits along the 55km trail in Central Victoria.

Mt Alexander voted on 15 June to allocate $6K in its 2021-22 budget towards the study. The scoping study is intended to guide a full feasibility study within two years. Mt Alexander has asked its neighbouring municipality, Central Goldfields to match its funding. The trail would run through both shires.

Central Goldfields did not vote the funds in its 2021-22 budget, but has advised CMRT that it intends to formally review that decision at its half-year budget review – and may even revisit it sooner.

“Mt Alexander’s decision is a significant small step forward for the trail,” CMRT President, John Carruthers said. “We applaud the Council and we’ll continue the dialogue with CGSC. CGSC understands the very positive economic and social impacts a trail can  have for its Shire. We’re confident they’ll come around to a study.”

Mt Alexander and Central Goldfields have already collaborated in seeking funding for a larger study from the Victorian Government. Discussions are continuing.

CMRT proposed a jointly-funded preliminary scoping study as a pragmatic path for the two councils to begin working together on the trail concept.

We anticipate working with both councils to help frame the scoping study and its objectives. The two key State lower house representatives whose electorates span the proposed trail, Maree Edwards and Louise Staley, have both expressed  support for the trail.