More than 60 people joined a historic walk on Sunday to mark a segment of what will be the Castlemaine to Maryborough rail trail. 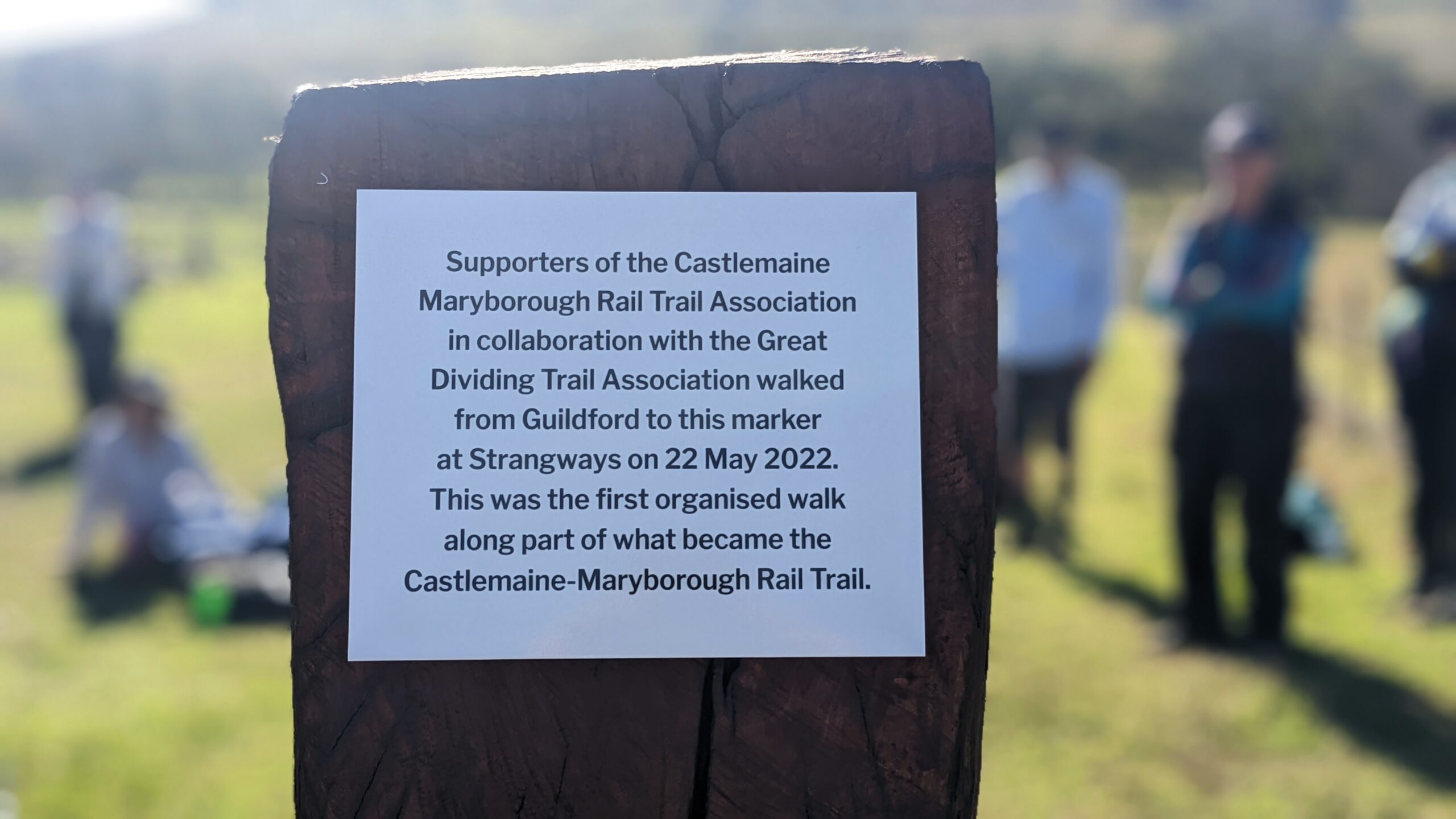 Unveiling the plaque, Matt said he and the Mt Alexander Shire Council supported the establishment of a world class-recreation trail linking Castlemaine and Maryborough. The 55km trail will pass through Strangways near the weathered grey box marker with its simple metal plaque.

The marker is set on public land near the intersection of the Newstead-Guildford and Strangways School Roads. It is on Dja Dja Wurrung Country only a brief stroll from the Loddon River. The plaque acknowledges the walk, and the intention for the disused rail corridor to become a trail – stating simply that the day’s walk was the first organised along a segment of what became the Castlemaine to Maryborough rail trail. Organisers said the words signified a clear vision and quiet determination on behalf of the community.

The unveiling concluded a 9km heritage walk around Guildford, along the old rail line and through Dja Dja Wurrung country. The walk explored the land’s past, present and future, including its potential as a world-class recreation trail, and was conducted as a partnership between CMRT and the Great Dividing Rail Association (GDTA). GDTA co-founder, Professor Barry Golding, said it was the most popular walk ever organised by the group.

“There are huge opportunities created by this trail,” Barry said. “All the way along the line there are untold stories in the landscape and community which locals and new residents are keen to learn and share to create a sustainable future together.”

“Sustainable rail trails need funding to get started, but most of all they need committed people to do the ‘hard yards’, which CMRT can build on as a result of this walk. GDTA will be there to lend a helping hand,” Barry said.

Barry was one of three expert guides who explained key points of history along the route. These included the volcanic and sedimentary geology of the area – some of which dates back about 0.5 billion years, the contribution of the early settlers and rail transport to the region’s development, and First Peoples who inhabited the area for more than 40,000 years before white settlement.

Speaking at the Strangways unveiling, CMRT Secretary, Bronwen Machin, spoke of the trail’s potential – like the walk itself – to bring people together. “Transforming this disused railway corridor into a world-class recreational trail is an engineering project that will bring tourists and money to increase the prosperity of our communities. But it is far more than that.  This trail is a creator of alliances and stories,” Bronwen said.

Bronwen praised GDTA for leading the walk, and thanked the Shires of Mt Alexander and Central Goldfields for their recent support for a study to test the trail’s feasibility to become a major tourism and community asset. CMRT collaborated in March with the two shires to secure a $120,000 tourism grant for the trail study. An announcement is expected soon.

Bronwen also praised the hard work and foresight of the event organisers including GDTA’s Barry Golding and Gib Wettenhall, and CMRT’s Mick Evans, Bob Forde, Steve Foskey, and other volunteers. GDTA President Gib Wettenhall congratulated Mick and Barry for forging the partnership that led to the walk.

Big thanks also to professional videographer and CMRT member, Peter Watts, for his pro drone coverage, and to Mat and Anna at Castlemaine’s The Salvage Yard for helping us secure the aged-wood marker post. 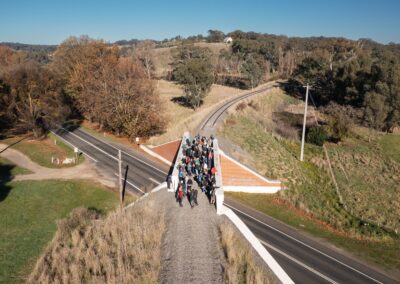 Walk gathering at the Guildford bridge 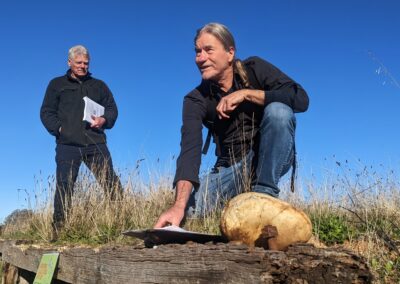 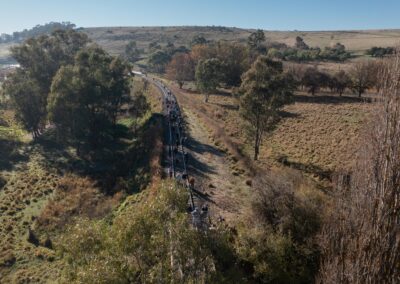 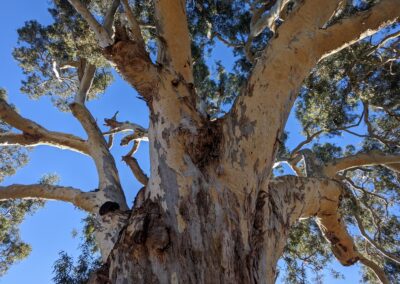 The Big Tree at Guildford 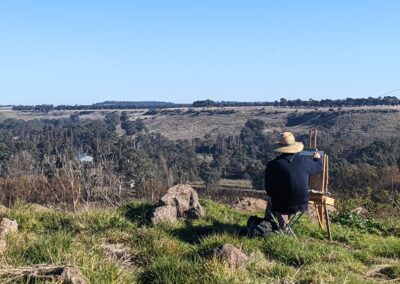 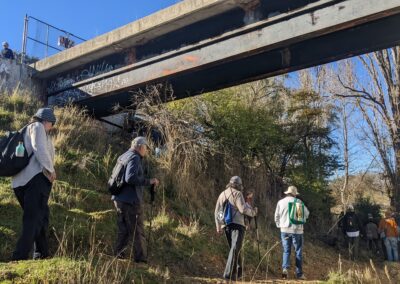 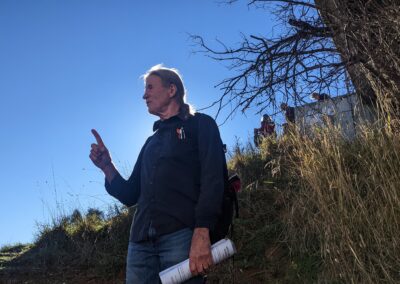 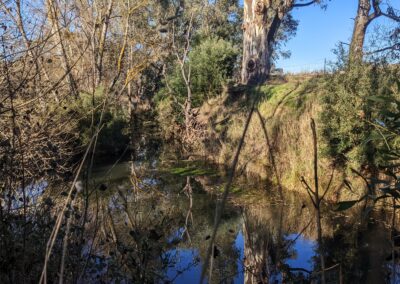 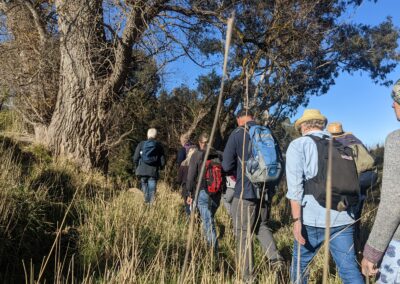 Walking along the Loddon at Guildford 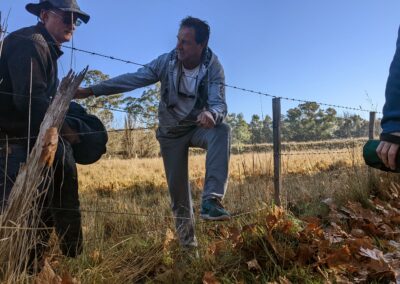 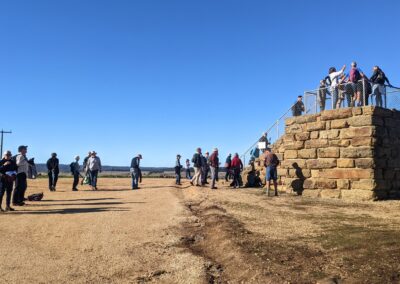 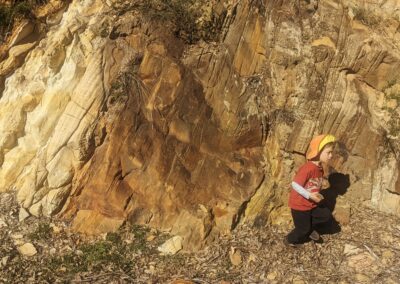 0.5B sedimentary rock and a young lad 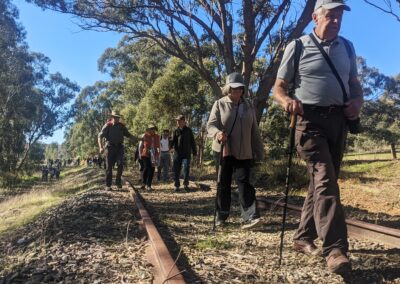 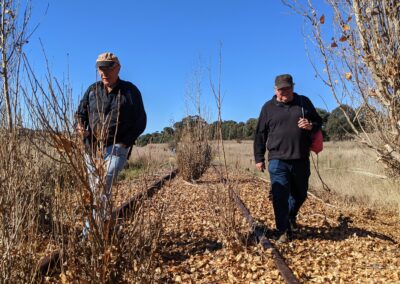 Steve and Des outside Newstead 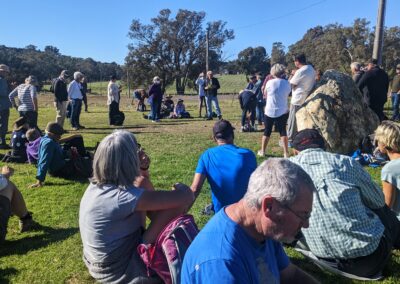 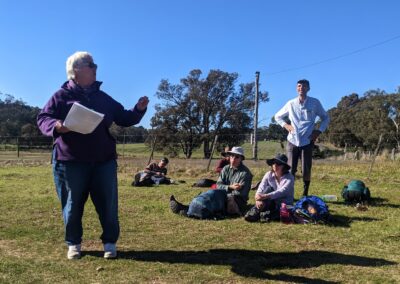 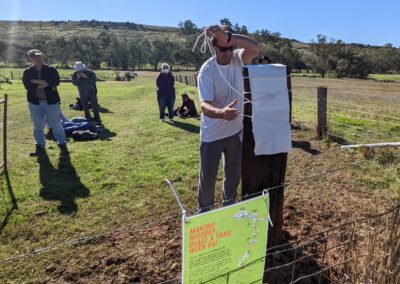 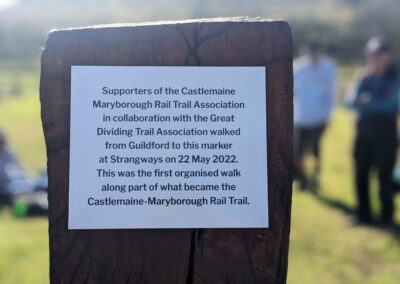