Your trail should be getting a big boost later this year, Trail Blazers. We’ve done our homework.

On Friday, CMRT lodged its bid, with our two shire councils, for $120,000 in Victorian Government tourism grant funding. To get the trail started. 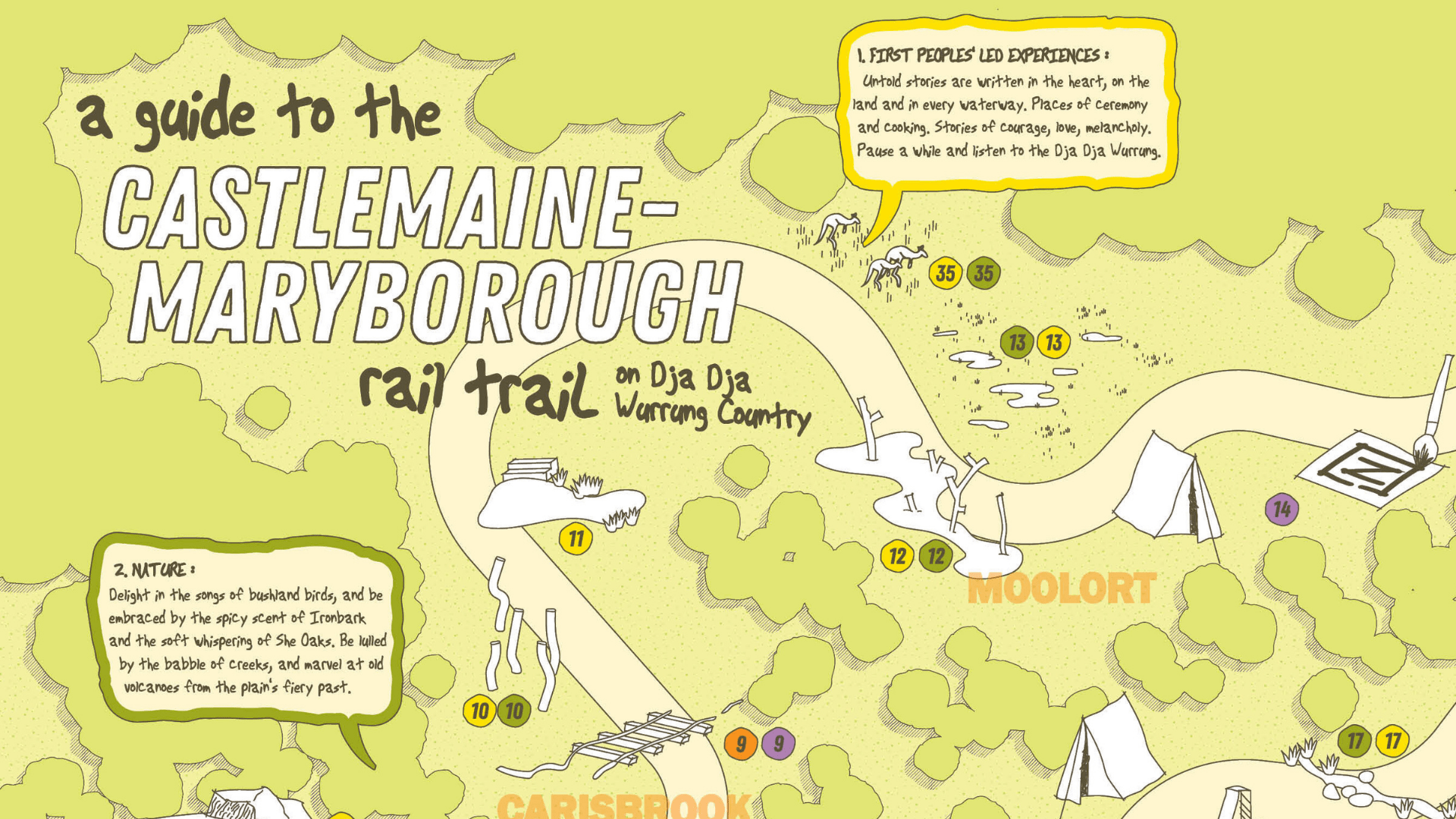 The tourism grant will let us fund a detailed business case and feasibility study – including some pre-planning for marketing, and design of the 55km trail’s first stage. That’s a genuine first step towards getting a trail built.

Our grant bid was made possible by an amazing trifecta of community energy.

1. The community donated more than $18,0000 in community to underwrite CMRT’s co-contribution for government funding. More than 100 people and organisations donated $20 – $3000, and another 25+ wrote letters of support. Yes, we love you!

2. Hard work and creativity by  a core team of volunteers who crafted a deep and imaginative grant submission. Our volunteers assembled more than 60 pages of information, designed a beautifully illustrated regional tourism map and produced a snappy 1-minute video that was funded by the Maldon District Community Bank as part of our forthcoming documentary film.

3. Active local government support for the bid from the Central Goldfields Shire Council (CGSC) and the Mt Alexander Shire Council (MASC). CGSC auspiced the bid and the councils contributed $12,000. We are now negotiating a partnership agreement.

Our joint bid for trail funding has been made to the State Government under its Enabling Tourism Fund (ETF). Submissions to the ETF opened in late January and close on 4 March. CMRT had less than five weeks to assemble the bid.

The $30,000 in total from CMRT and the councils was critical. Under the government’s ETF guidelines, funding bids with co-contributions from councils and communities are more likely to be successful. With those contributions and the grant funds pooled, $150,000 would be available to direct towards a detailed study that tackled trail feasibility, tourism marketing and construction, i.e. a robust feasibility study. Also, bidding for the ETF will be very competitive, and co-contributions evidence community support.

CMRT Secretary John Carruthers paid tribute to the team effort. “This is a great example of what the community and local government can do when we get together with focus. We needed that trifecta to put in a great bid.”

“The response from the community has been humbling. We initially set ourselves a target of $12,000 and we reached that within a week and half.”

“Together, we’ve given this bid our best shot. Now we just need to be patient while the government evaluates the bids,” John said.
An announcement of ETF funding is expected before the end of the financial year.

On Wednesday more than 35 cyclists, including RTA members, descended on Castlemaine to “fly the flag” for a Castlemaine-Maryborough rail trail. Over the past three weeks, more than 40 RTA members or supporters donated almost $3000 to CMRT’s fundraising for the tourism funding bid.

RTA Vice President, Steven Kaye, said the trail would be a significant addition to Victoria’s rail trail network. “RTA’s vision is for Australia’s disused rail corridors to be protected for their heritage and natural values and enjoyed by the community and visitors for active recreation, such as walking, cycling and horse riding”, Mr Kaye said.

“When visitors come to enjoy these trails, they spend money in local businesses. Every week, trails bring thousands of dollars into regional economies.”, he said.

“If the Castlemaine-Maryborough trail can be built, we’ll certainly bring our groups back to this amazing area, so full of history and beauty,” Steven said.

The proposed the 55km Castlemaine–Maryborough Tail Trail will allow visitors to experience beautiful and historic landscapes, explore First Nation’s stories and access award-winning food, wine and arts and cultural experiences. All four tourism experiences have been highlighted by the Victorian Government’s VERRP tourism pillars and feature in CMRT’s tourism map.

“The riders’ visit is a great way to mark a major milestone for our trail,” CMRT Committee Member, Bronwen Machin said.
“This week symbolises what can be achieved with genuine collaboration between community and local government. Everyone is putting skin in the game. Now, we’re looking for matching support from the Victorian Government,” she said.

CMRT and the councils will use the funding for a feasibility study to quantify the trail’s benefits and determine how to build and operate it. This is an essential first step to getting our trail built.

Ms Machin said Central Victoria was becoming a cycling destination and this trail would attract hundreds of tourists per week and overnight stays. Projections show that that the trail can attract more than 25,000 visitors annually, most spending more than $200 per day in the region.